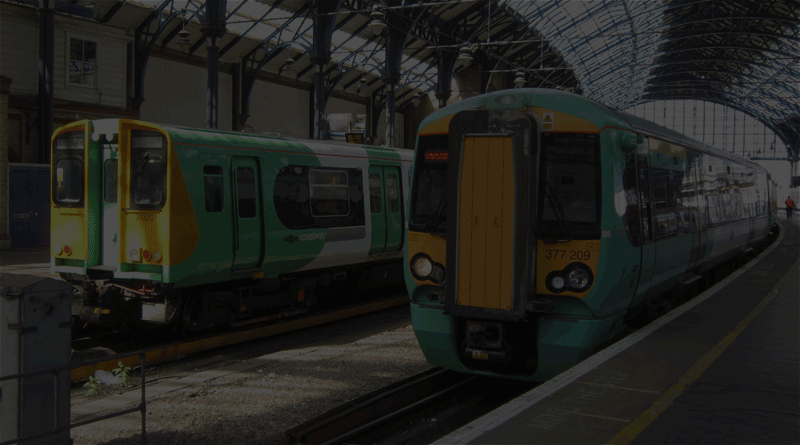 We’ve been working with several organisations to webcast union meetings. Over the years, RMT, GMB and Unite have come to us to capture their events – strengthening their communications strategies.

However, the truth is – Union membership has been declining for some time.

From over 13 million members in 1979, union membership has fallen progressively to under seven million today. 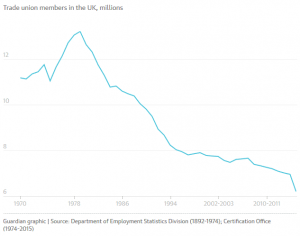 Figures show union membership is lowest amongst workers who could benefit from it the most. Only one in ten full-time workers earning less than £250 a week are members of a union. Membership for middle-income earners is three times higher.

We think streaming union meetings is key in reaching more people. Here’s how:

Webcasting your events and meetings opens the door to an otherwise untapped digital audience. The GMB Trident Conference last year has seen massive viewership live and on demand.

Our Connect solution has as in-depth statistical suite which gives you valuable insight into who is interested in your content. This can then be fed into your marketing strategy when trying to attract new members.

You can also alert potential members of your online events with the subscription option. Consequently, this data can also be used for your ongoing communications and marketing.

Is your union trying to boost pay for members? Looking for more investment? Or are you battling for a fairer workplace? Webcasting gives you the platform to reach more people with your message.

Combining live streaming with social media creates a dialogue online and helps engage people in a debate. Using Twitter and assigning a relevant #hashtag could mean you start trending on Twitter – maximising the reach of your message. Sharing and embedding the video on your own website and other blogs is a great way of driving traffic to the webcast as well. 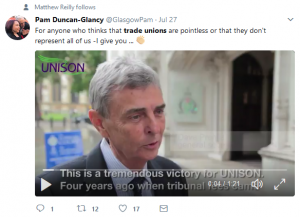 Have a particularly popular Facebook page? Embed the video on there too. Watch this space – we’ll be releasing integration with Facebook Live very soon. Working with platforms that your potential members use daily – That’s the way to grow engagement.

By webcasting your meeting, you can reach those members who have signed up but don’t usually attend the meeting. For internal meetings, you can cut travel costs and stream the meeting privately – inviting staff to view the meeting online.

You can even take things one step further and restrict the content for members, charging per webcast. This is a great way to pay for the service and even build revenue on top. 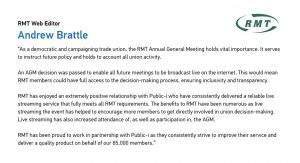 UNISON’s recent court victory shows trade unions are more important than ever. We need to reach new members willing to fight for better pay and fairer employment. Webcasting makes meetings more visible and raises your profile. Going digital is a powerful way to campaign – it gives you a bigger platform to speak on.

If you’d like to trial streaming, get in touch. Over 200 organisations use our events service. Our skilled technicians are experienced in capturing congress meetings, AGM’s and conferences.