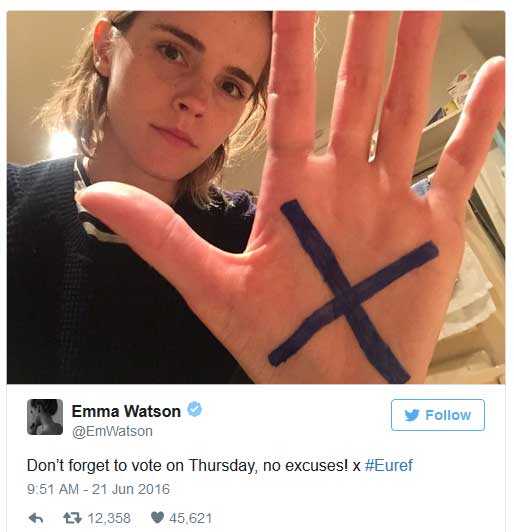 Being digital and informing the electorate

Following the EU Referendum, the question we must be asking ourselves is how do we ensure there is enough factual information for our electorate?

30 million people voted and voiced their opinion on the 23rd June. This equates to 72.4% of the population – the highest voter turnout since the 1992 general election.

So what’s the problem? Theoretically democracy has been served with 52% of the nation voting for us to leave the EU. It may be a slim majority but it’s a majority nonetheless –  the democratic process has been followed.

Is it democracy if the electorate are uninformed though? Exiting the EU seems to be a choice that many Leave voters are now “Bregretting”.

Barbara Ansdale, a Brexit supporter from the Black Country, felt remorseful after speaking with her son.

She said: “He didn’t try to persuade me one way or the other but the fact is on Thursday night he said several things to me, which if he’d said to me on Wednesday night would have changed the way I voted”.

David Cameron has advised the nation to move on after a petition was called for a second Referendum. The argument is that the results are not valid if the vote is less than 60% based on a turnout under 75%. 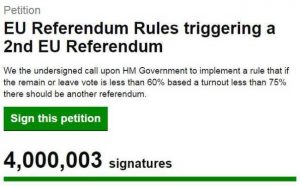 Voters on both sides have reported feeling ill-informed about the decision facing them. Accusations of fear mongering and lying riddled the campaign in both camps. It didn’t help that tabloids and broadsheets were also pushing their own agendas in the build-up. There was clearly confusion because directly following the results: “What is the EU?” was a top Google question in the UK. 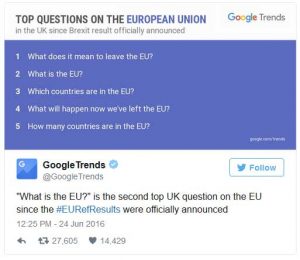 So a lack of knowledge was definitely a factor but that doesn’t explain another important issue: youth turnout. Why did so many older voters head to the polls compared to our nation’s youth?

Statistics have shown that areas with the highest share of older voters also had the highest turnout. So why was there such a poor turnout by youth voters when a poll before the referendum showed 73% of young people supported remain? 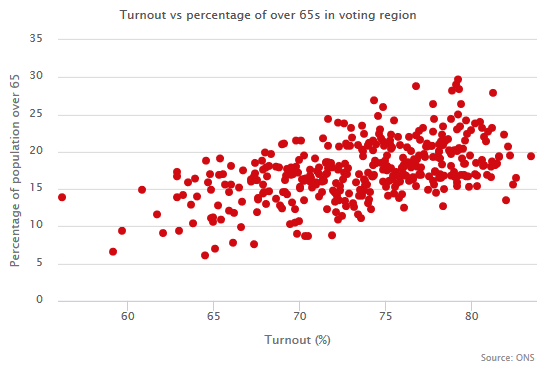 Huge money was spent on a youth voting drive with actors and musicians all attempting to entice the youngsters. If you were tuned into social media it felt like everyone had an opinion and was drinking one of the campaign coulees. 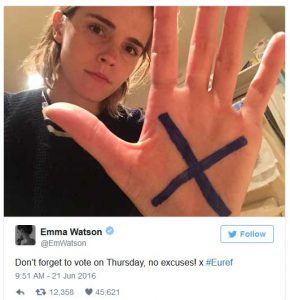 Voter apathy could be the result of a rise in digital noise. My Facebook feed was dominated by pro EU posts giving the illusion of a remain landslide. Facebook filters on subjects that a user doesn’t ‘like’ could have had an impact. The resulting effect being “it doesn’t matter if I don’t vote”.

Catherine Howe, governor of the Democratic Society, wrote an interesting article recently where she references the EU Referendum and our relationship with technology.

She said: “Our technology and the way in which we live our lives puts us in a filter bubble – we rarely put ourselves in a position where we encounter someone ‘other’. This is a huge part of the problem. However before we try and fix this lets look closer to home – are we really listening to the people around us let alone those who are different?”

We now know that David Cameron will step down in September. This gives the next Prime Minister the unenviable task of invoking Article 50. With new leadership there may well be a new general election. The result being a chance for the public to voice their opinion on what Britain’s new relationship with the EU will be.

If this happens, the public will need unbiased information – the critical facts that were missing this time around. Once again we’ll also need to address how to democratically engage our younger voters.  People who feel uninformed often choose to stay away from the polling booths – for a democratic country this isn’t how the process should work. People need better access to honest information, allowing them to engage in processes that matter.

There are different ways of doing that, of course. One way is digital Q&A sessions with elected officials which aim to bring politics to new spaces. We have written more about this here. Some of our clients have started broadcasting their elections – opening up the process in the name of transparency. Woking Borough Council had 1341 live views for their May elections. This level of engagement in the democratic process is encouraging. It is evidence that embracing digital tools like live streaming with social media promotion can be a powerful voice in educating and encouraging debate.

Democracy starts in the community – being digital can make sure decision making is best informed.