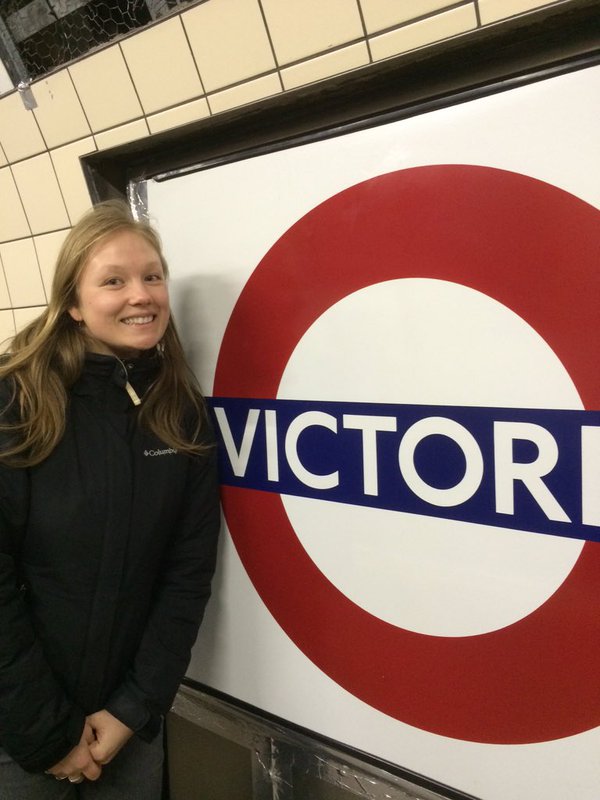 Sarah, our Events Project Coordinator, has left Public-i and is heading back to Canada. We’re really going to miss her! Before she left, she wrote this blog about working life in the UK.

It seems like only yesterday I was landing at Gatwick Airport and trying to find my way to Brighton. Now almost two years later I am packing my bags again and heading back to Canada. 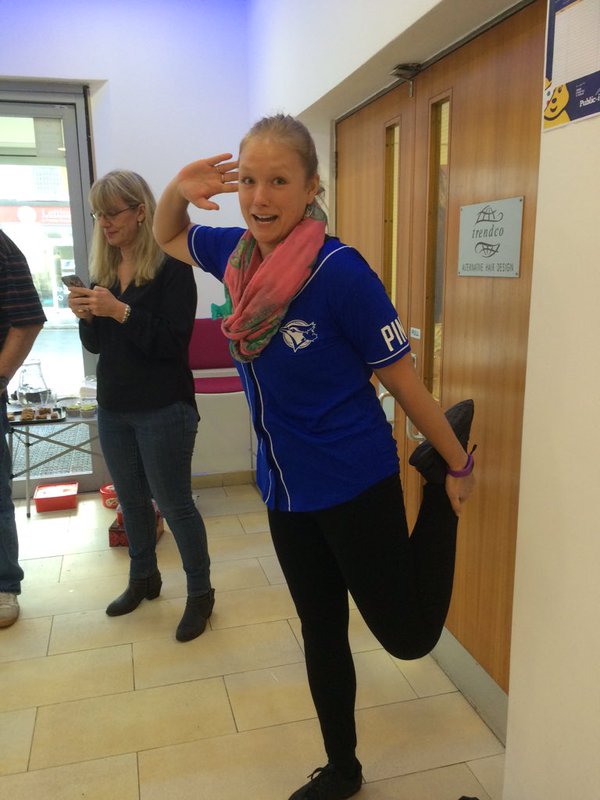 Getting sporty for Children in Need

When I first came over, I missed home, friends, family, and the Canadian foods I had grown up with over the past 26 years. Now I can’t imagine not having easy access to a sausage roll, or waking up Sunday morning and deciding which pub to have a Sunday Roast at, not to mention the weekly Tuesday quiz night at the Wick Inn.

I have learned a great deal while living in England. My first year here, I worked as a bartender at football matches, a stage manager touring a children’s Christmas show, and an assistant box office manager at the Brighton Fringe. Each job offered me a different experience and a new glimpse into the life of a Brit.

When I started at Public-I, I was the ‘new Canadian girl’. Over the first couple of weeks I got those typical Canadian jokes about living in igloos, eating just maple syrup and of course why would we ever play hockey on ice? But as quickly as those jokes formed, so did a bunch of new friendships.

Fortunately there are not a lot of differences between working in Canada and working in the UK. As an event coordinator I was able to use the skills that I had gained back home through schooling and previous jobs. However, one of the biggest things I had the opportunity to learn about was the technology behind webcasting and the process involved in developing new software. My favourite thing besides Friday social hour, were the biweekly Sprints that the development team held. These meetings made me feel like a bigger part of the business and its future. There were even times that the development team would ask for my input on how certain aspects worked and what changes I would find most useful.

Then there was tea. I am a fan of tea, always have been, but I have never drank as much tea over the course of an eight hour day than I have since working here!

So, I landed in a country having no idea how the transit works, which way to look when crossing the street and which coin is which. After two years I am preparing to leave a county I now call home, where I have many friends, where I have given tours to friends and family who have come to visit, and where I have lived during historic change. It has certainly been an experience of a lifetime and the memories I have made will last a lifetime!